The agreement comes after neighbors complained about illegal activity at night and as homeless individuals and advocates say locking them is unfair and unwarranted.

SAN DIEGO — A proposal to lock the restrooms on 6th Avenue and Thorn Street is moving forward. However, that proposal now includes an agreement to install new portable restrooms with a hand washing station and a security guard to supervise at night at a more centralized location on 6th Avenue.

San Diego City Councilmember Stephen Whitburn told CBS 8 that he worked with Mayor Todd Gloria on the agreement to add the new portable restrooms in exchange for closing the West Mesa Comfort Station from 8 pm to 6 am the next morning.

Workers and others in the park refer to the newly installed prefab restrooms as “Balboa Park West Hotel” because the restrooms feature three individual stalls with near full-size doors which users can lock, inviting some to use the private stalls as a place to sleep, do drugs, or conduct other illegal activity.

WATCH RELATED: Proposal would lock restrooms on 6th Avenue and Thorn at night.

Councilmember Whitburn says the agreement is a good compromise for neighbors who say that the bathrooms near the newly renovated 6th Avenue Playground have turned from a Comfort Station to a hot-spot for illegal activity while also addressing concerns from homeless people living in the park and homeless advocates who say the bathrooms are a basic amenity that needs to be available for the public night and day.

Since opening in September 2021, the West Mesa Bathrooms have been bogged down in controversy. Homeless people living in the park and those who advocate for them feel the proposal to lock the doors at night is unfair and unwarranted.

Hearing From People Experiencing Homelessness on Locking the Restrooms

“Mr. H” and Jason stand next to a red mop bucket, a toilet auger, and bottles of cleaning supplies outside of a public restroom in Balboa Park.

Mr. H and Jason are not city workers and are not paid to clean the restrooms. Balboa Park has been their home on and off for more than a decade and this is one of the 23 restrooms that are scattered throughout Balboa Park.

Jason and Mr. H say locking the restrooms is part of a larger issue of the city failing to address the problems that homeless individuals face on a daily basis.

“The number of people who does that it’s like, relatively small, but trying to, like, you know, trying to punish everybody for the damage that those people do, it’s just not right.”

Homeless advocates created an online petition in hopes of defeating the proposal to lock the West Mesa Comfort Station – which at the time of this writing had 359 signatures.

Advocates say the city should be opening more public restrooms, not only in Balboa Park but also throughout the City of San Diego.

“The one thing I hear from people all over the city is I smell urine, or  I see human feces. Well, that’s because there are very few public restrooms, especially ones that are open in the evening time or overnight. So people have to go somewhere. So the goal should be to have more restrooms open longer, not considering closing them down,” said Michael McConnell, a long-time homeless advocate who chronicles San Diego’s homeless crisis and provides supplies to those in need.

Added McConnell, “Public restrooms need to be cleaned. If they’re getting dirty, then the city has to increase the cleaning schedule. This is not rocket science. The city is incompetent, unfortunately, and they can’t even figure out these basic things like managing a public restroom. It’s really sad. So if, if their answer is to close a public restroom because they can’t figure out a maintenance issue, how are we going to figure out big issues in the city? We’re not?”

RELATED: Mayor: San Diego will step up enforcement on homeless

The History of the West Mesa Comfort Station

The West Mesa Comfort Stations were first discussed several years ago after the city announced that it was going to replace the older, out-of-date restrooms at 6th and Thorn.

Community members at the time, however, objected to the design to install what were prefabricated restroom buildings in Balboa Park. They said the restrooms were not functional and would invite illegal activity.

Yet, the city moved forward and replaced the older restrooms with the prefabricated comfort stations at a cost of nearly $2 million. The decision to move forward with the station resulted in the city receiving an  “Onion” award from the San Diego Architectural Foundation for a poorly thought out design.

“Jason” who has lived on and off in Balboa Park agrees.

“I would say they’re poorly designed…they basically offer an opportunity for somebody to move in, so to speak. They could, like, bring their stuff in, and they have access to a toilet. They can lock the door versus the more open facilities where there are stalls with doors in a single room.”

Mike Stepner is a former architect for the City of San Diego and now teaches architecture at the NewSchool of Architecture & Design. Stepner says the proposed ordinance to shut the restrooms down is proof that the design may not have been right for the park and that location.

“Those two facts make the functionality and design that much more important. The West Mesa restroom design was debated for a number of years and yet this was the design that the city chose. There was a fear that the prefab bathrooms would become a haven for bad actors and that seems to be exactly what has happened. It is the lack of functionality that led to the Onion. The park will be in need of a number of new restrooms and these are the types of issues that need to be addressed in order to select a design that is functional and makes sense for the public.”

But Councilmember Whitburn is confident that the agreement with the Mayor is good for all sides of the issue.

“This new agreement prevents the abuse of the restroom that has been vandalized, while at the same time maintains restroom access for people who need it,” Whitburn told CBS 8.

“I think at the end of the day, we will have bathrooms that are available and clean and safe for those who need it at night, while at the same time shutting down the ones that have been so consistently vandalized.”

Added Whitburn, “ Most importantly, we’re going to continue to work with neighbors and others to ensure that the park is user-friendly for everybody. The problem isn’t the restrooms, the problem is the people who have been abusing them. And that’s what we need to address. And we’re working on that. And I think we’ll see some progress in that area.”

5 Living Room Design Ideas to Boost Wellness, According to Experts 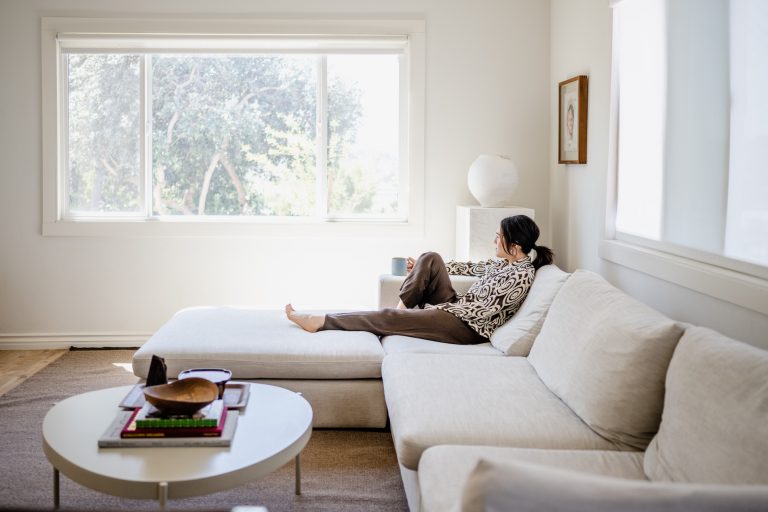 Carol Shutt describes her east Louisville home as a diamond in the rough. “We feel so fortunate to have found it,” she told The Courier Journal. She and her husband, David — who are now officially empty nesters — rightsized from having 10 people in a seven-bedroom house to just […]

Take the guesswork out of designing your perfect bathroom