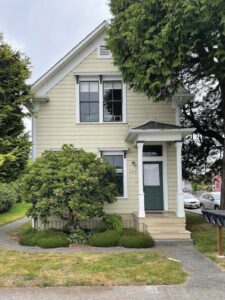 FOR EXAMPLE An I-House, built in 1877. Settlement Period in Arcata. Via Daniel Duncan

A s many know, Frank Lloyd Wright was the first architect to come up with a completely original American house style. His Prairie House, appearing in the last decade of the 19th century, used the mass plan form, but that is about the only thing “traditional” you can say about it. For what Wright pulled off in the Prairie House with its low-pitched roof, extra-wide eaves and walled-off front façade did not echo European styles in the least. This visionary architect found a way to express the solidity, dignity and beauty of a home for an American lifestyle on its own terms, that is, if you happened to be of the upper middle class.

When he came to offer his Usonian house design in 1937 for the middle and working-class Americans, Wright wanted to make that house style beautiful and original as well. It was to be a much smaller home, and cheaper to build than the Prairie House. So, how would Wright achieve this? By sacrificing, where he had to, utility for beauty. The Usonian House, for example, didn’t come with a garage, only a carport and very little closet space. It made up for these apparent flaws by installing lots of floor-to-ceiling glass on the back side, which effectively made the outside with its gardens and lawn, “features” of the house suggesting additional personal space. The indoors and the outdoors became fully integrated in Wright’s Usonian design. He was the first architect to do this.

The Craftsman Style, by comparison, appearing just after the turn of the century, was also an original American style. Deriving from the Arts and Crafts movement in England in the late 19th century, it did not turn its back on European house styles as Wright’s houses did. With its distinct front porch, a clearly defined entry, double-hung multi-lite wood windows, a roof form that allowed an attic, it managed to offer beauty as well as utility. Its integrated design details, the turned rafter tails, exposed beams and stout knee braces expressed ifs structure. The Craftsman House was the most popular house built in America in the first 20 years of the century.

One wonders why Americans embraced the Craftsman House while the Usonian style house, which came later, did not take (although the Contemporary House, beginning in the mid-1940s was derived out the Usonian House. and did become very popular in the U.S. through the 1950s and ’60s.)

As already pointed out, the Usonian house was open in the rear, while in front, its public side, was closed off for privacy. During one’s first encounter with a Usonian House, when standing outside on the curb looking at it, there seems to be something unfriendly about it with its low, angled roof and windowless walls. Is it too geometrical? Too long and slanted and fort-like in its presentation? The Craftsman house, by comparison, sitting squarely on its site, with its matching gables facing the street like arched eyebrows, seems more inviting. Its “face” (the front elevation) looked more friendly than the Usonian.

Did the Craftsman style appeal more readily to American taste because the style nodded to the past without exactly copying it, giving its occupant a sense of continuity with history, while the Usonian House in typical Wright fashion, turned its back on the past?

I don’t know, perhaps that’s’ it. I know when it came time for me to build my own house, I turned in the direction of history, namely to the I-house form, a basic one-room deep, two-story wood house. The I-house values seemed to me to be these:

1. a singular expression of good proportion both horizontally and vertically, with a nicely pitched gable roof.

2. a tested form with its simple lines and unified shape while also remaining open to embellishment.

3. a promise of domestic warmth with its brick chimney climbing up a side gable.

4. abundant utility assured by its long popularity in England and America.

While the Craftsman house struck me as a bit rigid and dated, and I didn’t much care for the Contemporary style, the I-house, originally an English folk house, offered just what I was looking for, a wealth of history, without exactly evoking a specific period. The Craftsman House came into being out of a distaste of machine culture, of industrialism and mass production, two of the signature developments of the time. The Prairie House as well was a reaction to history in its recoil from European house styles, particularly the Victorian, with its excessive, tacked-on ornamentation and abundant, often frivolous, detailing.

The I-house, preceding the Industrial Revolution, was not a reaction to that movement, since its values had already been proven. Beginning with the post-Medieval I-house of 17th century in New England, the form continued to be popular all the way through the early 20th century, spreading throughout all parts of America As a “pre-industrial revolution” house form, it did not need to answer to it, and its simple lines proved to be amenable to stylistic detailing to fit the changing times.

The 846 I-house that I built in 1991 in Arcata (our town has plenty of them from the Settlement Period) is hardly a pure form, however, due to it being a little wider than a typical I-house. Also, it offers extra broad eaves which seem to express a Prairie-like roof element, adding a fanciful touch to a traditional 6/12 gable roof form with returns.

This feature took me a long time to get used to and to accept. As a carpenter, I was not particularly attracted to fancy detailing. Not only that, but the overly-wide roof returns were difficult to fabricate, and the house had 14 of them. As I labored on these extensions, working practically upside down on a ladder 25 feet in the air for over a week (I topped out at two a day) I quietly cursed the architect throughout the process. Why did I approve this grandiose detail—I kept asking myself—on a perfectly good traditional house plan that I got from a magazine? Why did I let the architect I hired for updating the building for my family put this modernistic flourish on it? A plain white house, if it is to be raised to beauty (if an architect gets ahold of a house, that’s going to happen) needs some embellishments. I’ve already mentioned the extra-wide eaves. But the elevations got my architect’s attention, too. He broke up the flat surfaces in a couple of places, here by a two-story pop out, there by a second floor bay window. The handsome brick chimney, also a projection, served to set apart the south elevation (but that feature was on the original plan.) Later, I fitted in a Charleston-style portico leading to the front door. These and certain other details, by expressing the beauty inherent in the form, served to make the building something more than a replication of an old house, something like what I think Wright was going for in a house plan, allowing the form to emerge without destroying the integrity of the core. To Wright that meant turning away from the past completely to invent his new forms. To me it meant taking the best from a form of the past and building on that.

It is no accident that, given my tastes, I chose to build my home in a town that honored its past and was in no hurry to succumb to post-industrial consumerism, for example, by allowing its river bottoms to become suburbs full of ranch houses devoted to the automobile.

Out there in the Bottoms exist no housing tracts, just cows, dairy farms and one-lane county roads barely wide enough for a bike and a car to safely pass one another when they meet, and then go on their way, perhaps in view of some sagging old I-farmhouse set back in a pasture or built right up to the road, standing there from long ago and still serving its inhabitants today.

Daniel Duncan ran Small World Construction in Arcata from 1986 through 2007. Contact him at [email protected].

Sun Jul 10 , 2022
Black and white room ideas my be regarded by some as a plain choice, but with the right treatment this classic two-tone pairing can make a real impact and used to create myriad styles and looks. Used together in their pure forms, black and white can really turn heads and […] 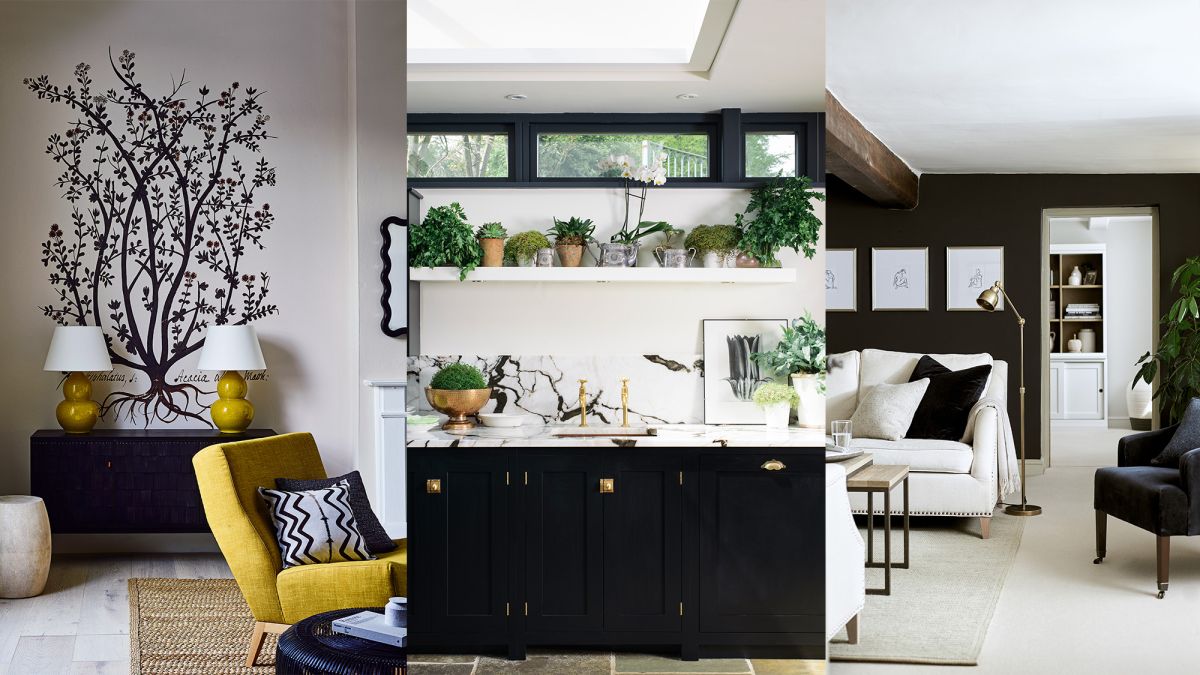