Famed American architect Frank Lloyd Wright designed iconic buildings like the Fallingwater house in Pennsylvania and the Guggenheim Museum in New York — and he also designed a dog house for a 12-year-old boy who sent him a letter.
Jim Berger grew up in a San Anselmo, California, home that his parents had commissioned Wright to design, according to Marin County. In 1956, when Berger was 12 years old, he sent a letter to Wright asking for plans for a matching dog house for his labrador retriever, Eddie.

“I would appreciate it if you would design me a dog house, which would be easy to build, but would go with our house,” wrote Berger in the letter. “The reason I would like this dog house is for the winters mainly.”

He offered Eddie’s age, “four years old or in dog life 28 years,” and size, “two and a half feet high and three feet long.”

He offered to pay the architect for the design with money from his paper route.

“A house for Eddie is an opportunity,” wrote Wright in his reply, dated June 28, 1956. “Someday I shall design one but just now I am too busy to concentrate on it. You write me next November to Phoenix, Arizona and I may have something then.”

It wasn’t until the next year that the architect sent Berger the plans for the triangular dog house, written on the back of an envelope and provided at no charge. The design features signatures of Wright’s work generally and of the Bergers’ home, like the low-pitched roof and exaggerated overhang.

Architecture fans can see the dog house for themselves at the Marin County Civic Center, where it was put on permanent display on May 26, according to the county. The civic center itself is the largest building ever designed by Wright.

The dog house at the Marin County Civic Center. Credit: COUNTY OF MARIN

The dog house on display, however, isn’t the actual dog house used by Eddie. Berger’s father, Robert, and brother, Eric, built the dog house in 1963 when Berger joined the Army, six years after receiving the plans from Wright. But the family’s labrador didn’t use the dog house, and in 1970 Berger’s mother Gloria sent it to the dump, according to the county.

In 2010, Berger and Eric built another version of the dog house from Wright’s plans as part of a documentary, “Romanza,” about Wright’s life. And in 2016 Berger donated the unique structure to Marin County.

The dog house is the smallest structure Wright ever designed, the county says. The architect died in 1959, just two years after mailing Berger the design for his canine companion.

Wed Jul 13 , 2022
Family rooms take on myriad of guises: living spaces, entertaining zones, multi-media hubs. Some also double as dining rooms or at-home offices. Well-planned built-in cabinet ideas for family rooms are transformative in allowing this hard-working room to meet every need, regardless of whether you opt for a streamlined bank of […] 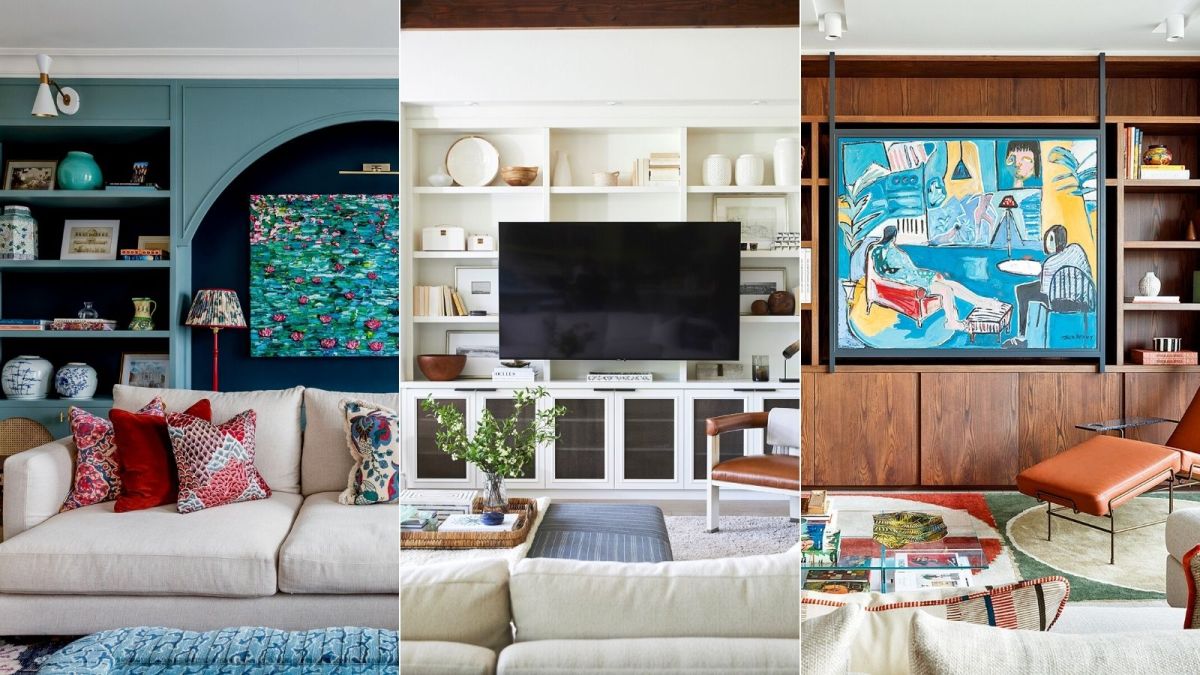