Michael Shannon was living happily in Queen Village in 2016 when a friend suggested he look at a house on the market in East Passyunk. Though Shannon, an interior designer, had no plans to move, he was intrigued by the possibilities offered by the converted industrial warehouse.

“I do projects for my clients all the time and the idea of doing my own project felt so rewarding,” said Shannon, of Michael Shannon Designs in Center City. “The fact that it’s a big open space and a unique property was appealing to me.”

The two-story, 3,000-square-foot space had two bedrooms, two bathrooms, a roof deck with an unobstructed view of the city, a garage and most of all, tremendous promise. Though he doesn’t know the history of the building, neighbors told him it was originally occupied by a mason’s shop, but has since undergone several renovations. The house is unusual in that the back butts up against the property line, leaving it with no backyard — not even the typically small South Philly patio.

“I never saw the back of the house before I bought it because there was no way to get back there,” Shannon said. “There are two neighbors with yards that back up to my house and I had to get their permission to let the contractors access their yards to re-stucco the back of my house.”

He quickly renovated the first-floor bathroom, modified the second-floor bathroom with plans for a larger renovation next year, and re-carpeted the primary bedroom. He is also in the process of converting the second bedroom into a home office.

Shannon designed his home in a classic contemporary style, using fall colors to complement the exposed brick walls on both floors.

“On the second floor, the brick has a lot of tar and abrasions on it and I wasn’t so sure I was going to keep it,” he said. “But the more I started building the room, I thought it actually really does work.”

He created an open plan to create a comfortable flow for entertaining guests. Depending on the season, they will start with cocktails and hors d’oeuvres either on the roof deck or den before moving their way into the dining room for dinner. Shannon leaves the cooking to his partner, Mike Jakubowski.

“I set a beautiful table,” he said with a laugh. “And I’m really good at cleanup, but my partner is an amazing cook.”

They are looking forward to redoing the kitchen next year, with plans for a complete second-floor renovation to create an updated contemporary kitchen and a third bedroom for guests.

“We want the kitchen to almost disappear, a kitchen that doesn’t look like a kitchen,” he said. That includes a refrigerator and dishwasher with a cabinet front, black-stained ash cabinets and a black countertop and wall cabinets. “When the under-cabinet lighting is lit for function, it will light the work surface and when it’s time for dinner, that will be dimmed down and the kitchen kind of disappears into the architecture.”

Shannon’s newly renovated first-floor bathroom features 8-inch-square Lili concrete floor tiles in an Escher-esque design. The wallpaper is a domino print by Paul Smith for Maharam and the custom cabinets are by Philadelphia-based Pappajohn woodworking.

“The bathroom looked like a prison before,” Shannon said.

The primary bedroom is the favorite hangout spot for Ruthie, Shannon’s 13-year-old Jack Russell terrier, who loves burrowing under the covers.

“Jeffreys is Australian and she takes lame birds, creates relationships with them and takes their portraits,” he said.

Shannon devotes time to his green roof deck, where flowers and succulents thrive in the afternoon sun. He also helps tend the flowers and greenery in nearby Paolone Park, a loosely organized community garden that has created a beautiful oasis in South Philadelphia. He donated a firepit made by local metal worker Bill Curran, where neighbors socialize.

“My house is definitely a work in progress,” said Shannon, who loves the multicultural makeup of his East Passyunk neighborhood. He also enjoys the proximity to the hustle and bustle of Passyunk Square. “After designing spaces for others, I’m excited about the opportunity to create a space for myself.”

Is your house a Haven? Nominate your home by email (and send some digital photographs) at [email protected]

Decorating with brown: 10 ways to use this warm versatile color

Sat Jul 9 , 2022
Decorating with brown is not always an obvious choice, and in the past it has had a reputation for being outdated. However, in recent years brown has become increasingly popular with those looking for a grounding, earthy neutral to bring warmth to interiors.  With a spectrum stretching from cappuccino and […] 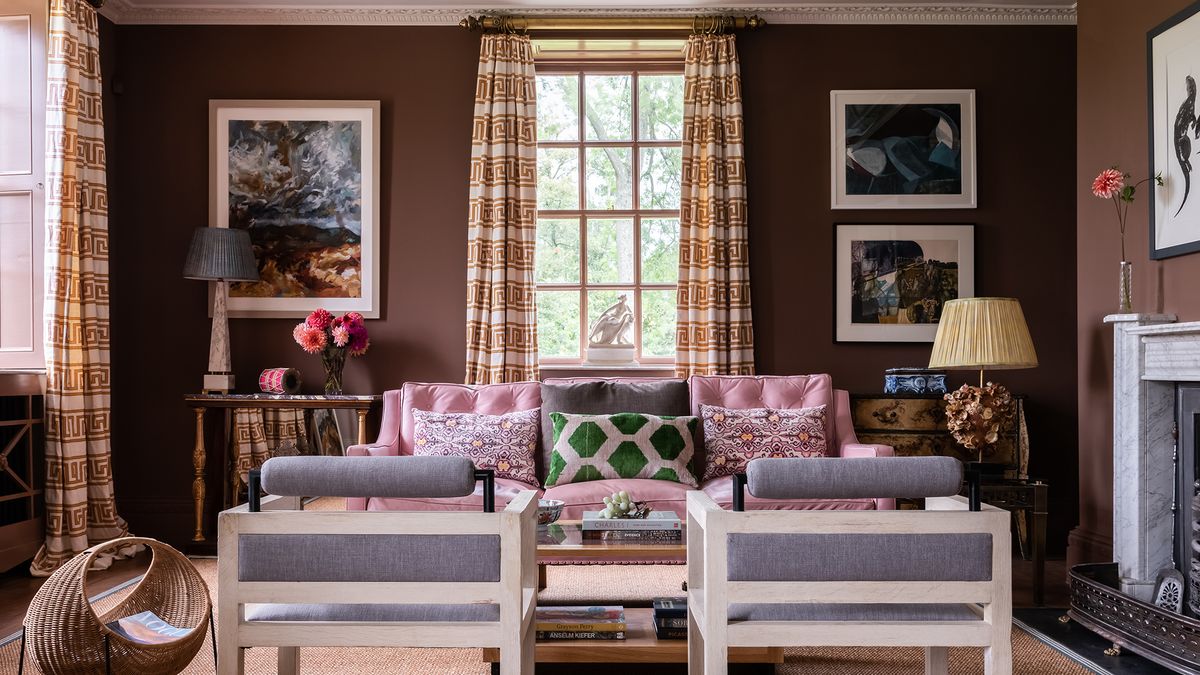