But that was key to the inspiration he shared with architect and interior designer Neal Beckstedt when they began working on this project together. Of course, Derek Lam being Derek Lam—a womenswear star known for combining elegant simplicity and exquisite detailing—this wasn’t just any sake.

“In the beginning, I told Neal that my favorite drink was this sake at [the New York City restaurant] Omen that they serve in a cedar box. It’s perfectly simple, and it has this beautiful cedar smell when you drink it,” Lam recalls. “I said, ‘Neal, I just want to live inside that sake box.’”

Ask and ye shall receive.

Now, Lam lives in the cedar sake box of his dreams. Together with his husband, Jan-Hendrik Schlottmann, founder of Italian fashion brand Callas Milano, and their Irish terrier, Roscoe, he’s made the most of the serene home’s 2,000 square feet of minimalist, modernist space—all of it considerably more comfortable and cozy than it might have been thanks to Beckstedt’s carefully thought-out use of warm, natural materials and sculptural accents.

“Derek always comes to the table with a little binder of curated imagery,” Beckstedt says. Lam initially commissioned Russell Groves’s office on the design, where Beckstedt worked on the home as its principal designer. He then continued leading the project after branching out on his own and founding his namesake firm. “In this case,” Beckstedt continues, speaking of Lam, “he came with images of some very minimal, very wood-driven modern homes.”

Those touchstones suited the setting to a T. Lam and Schlottmann had purchased a house amid the treetopped sand dunes of Fire Island’s Pines district, a storied LGBTQ+ summer enclave in New York, free of cars and full of wildlife. It’s also home to one of the most impressive collections of wood-clad modern residences in the country. And the couple hadn’t purchased just any house, either, but one designed by midcentury master Horace Gifford, the architect behind some of the area’s best buildings.

With its Gifford pedigree and its strong, H-shaped elevation—defined by tall vertical volumes flanking a lower central pavilion—the house had much to recommend it. But it also posed considerable challenges. It was petite, originally conceived as a bedroom bungalow for a larger home next door. And it was all but falling apart.

And yet, “The minute we walked into the house, even before I knew it was Horace Gifford, I remember just kind of falling in love with the shape and the compactness, the thoughtfulness of the space,” Lam says. “The form was really captivating, beautifully shaped. Something about it really felt like it wasn’t the typical beach house. It was designed with something in mind, with beautiful intention.”

The goal of Beckstedt’s redesign, then, became to honor that original intention while also expanding upon it, both literally and figuratively. The house grew in size, but almost imperceptibly—“I was really reacting to Gifford’s geometry,” the designer says—so it would sit lightly on its parcel of land.

Wed Jun 29 , 2022
The best bathroom plants will instantly give your bathroom a lift, the added greenery creating a spa-like experience and a calming, zen feel.  There is a place in every room for an indoor plant, and the bathroom is no exception. In fact, a well-lit bathroom provides a unique opportunity for […] 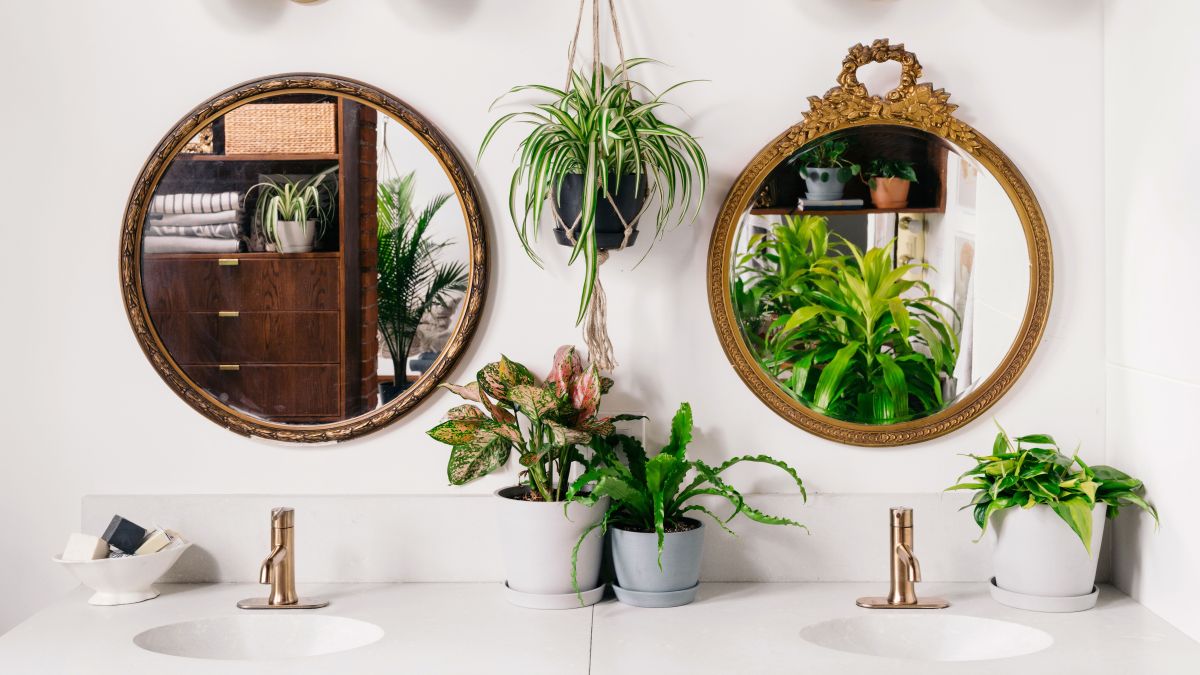