The keys had barely changed hands when my daughter said, “First, we get a new shower.”

Paige and her fiance, Adam, had just moved from Texas to Colorado into their first house together.

She would be starting a new job in a month, and getting married a month after that. As if a major move, a new house, a new job and a wedding weren’t enough, she wanted to rip out the old shower in the primary bathroom and put in a new one — like yesterday.

“I’ve had better showers in college dorms,” Paige said. “It needs to go.” I knew that determined tone well. (Where did she ever get that?) Being in Florida, I hadn’t yet seen the house or the shower, only pictures, but I couldn’t argue.

“Well,” I say, treading lightly lest I’m banished from any further home design contributions, “replacing the shower will likely involve more than just the shower. You might want to first have a plan for the whole bathroom.”

I suggested she talk to a Denver interior designer I knew who lived close by. Karlie Adams and I go back 20 years, when she helped me pick finishes for a house I was building in Colorado.

“Mom, I just want a decent shower. Do we really need a designer?”

I drop the subject.

Paige and Adam called a contractor. He sized up the job and said, basically, “You probably should do more than the shower.” At that, Paige and Adam threw in the bath towel.

Though Paige and Adam can readily tackle most structural issues around the house, design decisions leave them as frozen as the North Pole in January.

“Do you think Karlie could help?” Paige asks. My heart turns a cartwheel. Not long after, I fly to Colorado, and meet Karlie at the house.

As she walks the house, she streams interior design ideas for each room, dozens in all, and an overall direction for the house. I take copious notes.

When she gets to the primary bath, we all take a deep breath.

Karlie speaks first. “I tell my clients, though it’s often not what they want to hear, that it’s better to gut and start over than to just put in a new shower.”

I can tell by their expressions that Paige and Adam know she’s right. “So that’s what we’ll do,” said Paige, the brave. “What’s another house project?”

After Karlie left, Adam said, “Our to-do list just got a lot longer, but at least we won’t be wasting money.”

And that’s the point. Later, I call Karlie to talk about her best advice for younger couples tackling a new house:

◼️ Don’t seek instant perfection. “One of my big beefs with home improvement shows is that they set new homebuyers up for failure,” she said. “People watching these shows think everything comes together so easily, then feel they need to have perfection instantly, when, in fact, they need to take their time.”

◼️ Start with the bones. As tempting as it is to run out and get fun accessories, tap the breaks and get the backgrounds (floors, walls and window coverings) right then slowly move inward. “That may not seem so gratifying at first,” she said, “but it’s more prudent. People would rather buy toss pillows at Pottery Barn when they really should replace their baseboards.”

◼️ Practice patience. Go slowly and buy quality pieces that make an investment in your design future. “Nothing is better than not quite right.” (That said, Paige and I, being human, did go to Home Goods and bought a few accessories to decorate the mantel. It felt good.)

◼️ Figure out who you are, and build your look around that. Probably the best advice Karlie gave Paige and Adam was to affirm what their look should be based on who they are. Adam is a geologist, an accomplished fisherman and a great outdoorsman. Paige, a newly minted veterinarian, loves animals and nature. Karlie advised them to build their house around that vibe, using worn leather, Pendleton pillows and throws, weathered wood and rustic finishes. In the basement, for instance, where a series of framed posters of national parks line one wall, she suggested replacing the whitewashed trestle coffee table with three cross sections of tree trunks. “Karlie reaffirmed our instincts,” Paige said, “and showed us how to build a home around them.”

◼️ Have a plan before you start. A typical situation is when someone wants a new kitchen sink and faucet, Karlie said. “They put those in, then realize the rest of the kitchen needs updating. They eventually tear out the sink and faucet because it doesn’t fit with the new concept, and wind up throwing good money after bad.” That’s the scenario she wanted Paige and Adam to avoid. And they will.

Marni Jameson is the author of six home and lifestyle books, including “What to Do With Everything You Own to Leave the Legacy You Want.”

Tue Jul 19 , 2022
The latest wallpaper trends offer something to suit all tastes, from bold florals and striking stripes to dainty small-scale prints and subtly textured designs. Wallpaper is a game-changer for refreshing interior design. Like the best interior paint colors, it can transform any room in as little as a day, and […] 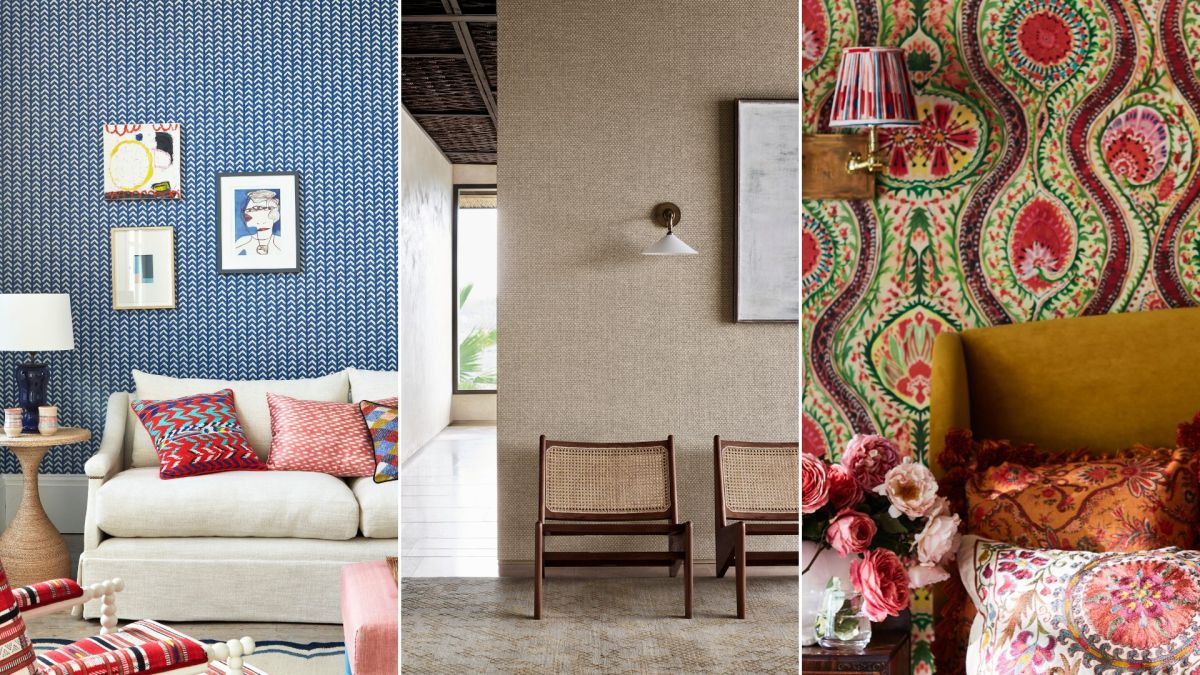