It can be said that a historic house is only as good as its bones, but oftentimes, it takes a little digging to find them. Such was the case for Carrie and Robert Hicks, who found their dream home in the form of a Tudor-inspired house built in 1926 in one of Austin’s oldest neighborhoods.

“We first fell in love with the location and the great big front yard. It was just a really wonderful space,” recalls Carrie, an interior designer who cut her teeth in New York and West Hollywood before settling down in Texas. The house had been through many hands in the nearly hundred years before the couple, who have three young children, took possession in 2015. Layers upon layers of misguided renovations had taken their toll. “The bones were there, and the structure was there, so the idea was to bring in Paul to save the historic 1926 house,” she continues, referring to architect Paul Lamb, who was in charge of the remodel.

Despite the decades of successive remodels, they were determined to preserve the home’s original charm and also channel a modern feel. “What really caught my attention was that they liked the feel of this Tudor house, but Carrie’s favorite architect is Mies van der Rohe,” Lamb explains of conversations they had in the early stages of the design process. His solution was to preserve the existing structure and build a Mies van der Rohe–inspired addition. They decided on a minimal steel and glass volume that sits atop brick columns and protrudes from the back façade. “I love that kind of challenge,” Lamb says, “trying to make opposites talk to each other.”

Inside, the architect opened up what he describes as a “rat’s nest of rooms,” to create a naturally flowing floor plan centered around a grand entranceway, which, he says, references the clean lines of Modernist villas. From there, the entryway leads to the dining room, where Carrie mixed contemporary pieces with eighties icons, like a Memphis-era Ultrafragola mirror by Ettore Sottsass, which looks over an asymmetrical Collection Particulière dining table, Rose Uniacke Hoof console tables (whose legs resembled horses’ hooves), beige-toned Puffball sconces by Faye Toogood, and a vintage crystal chandelier.

“I really wanted the house to have a mix of art, design, and real life,” she says of her mission for the house. “But we have three kids, a dog, and a busy life, so we wanted the space to be usable but still fun.” In the first floor living room, that meant pairing a plush custom sofa—perfect for family game nights—with eye-catching vintage pieces, like a shiny and streamlined Marc Newson Orgone chair from the ’90s and a midcentury wood armchair by Guillerme et Chambron. Covetable art by Ed Ruscha—whose turmeric-colored painting hangs above the hearth—and work by Dutch photographer Hendrik Kerstens was also added to the mix.

Fri Aug 5 , 2022
This five-bedroom, six bathroom home in Studio City, California, was a new Cape Cod-style construction, bought off plan complete with standard issue lighting, fixtures and fittings. Its new owner, however, wanted to make it her own and introduce more interest, unique features and personality. Above all, she wanted to add […] 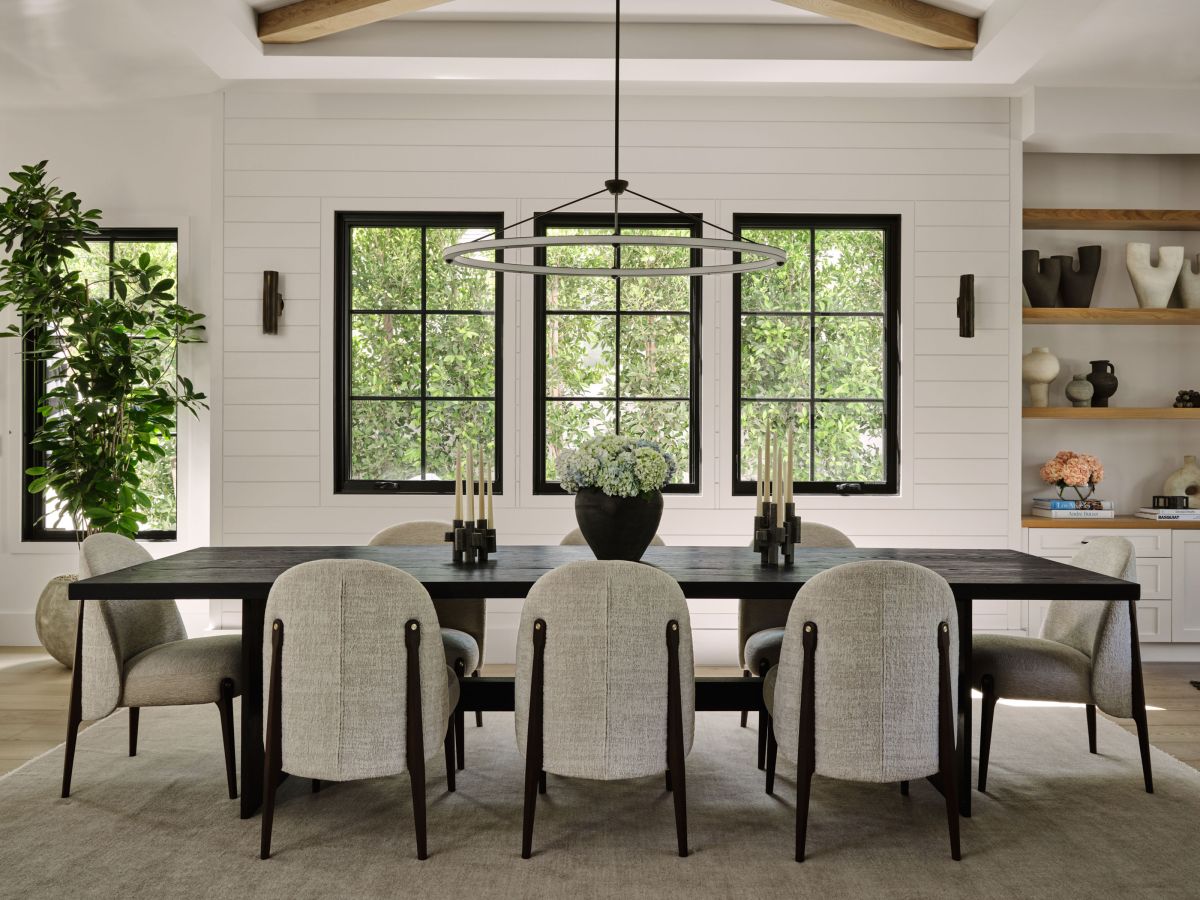