Non-combustible materials form the exterior of a cabin near Lake Tahoe that was designed by US studio Faulkner Architects to serve as a “base camp” for an active family.

The CAMPout House is located on a gently sloping site in Truckee, a mountain town just north of the lake known for its skiing, hiking and water sports.

Nestled within a pine forest – in the shadow of an 8,000-foot extinct volcano in the Sierra Nevada range – the dwelling serves as a nature retreat for a tech company CEO and his family, who live in San Francisco.

The architects needed to be mindful of California wildfires, which have become more frequent and more intense in recent years.

Just last year, the Caldor Fire burned 221,000 acres in the Lake Tahoe Basin and destroyed over 1,000 structures. The fire came within 40 kilometres of the Campout House, said Faulkner Architects, which has offices in Truckee and Berkeley, California.

“As climate change increases the magnitude of wildfire events, we must enhance the construction systems and materials to withstand these disasters,” the studio said.

“The form can take on a protective posture. Materials can be non-combustible.”

Exterior walls consist of concrete and 16-gauge weathering steel – materials that are known for being non-combustible and could help the building survive a wildfire. Engineered wood and steel were used for the structural frame.

Perimeter windows were carefully placed to prioritise vistas of the terrain and avoid views of neighbouring homes.

Given that the family loves mountaineering, the single-storey house was designed to have space for outdoor living and a strong connection to the landscape.

“The house was inspired by the lifestyle of the client, who cross-country skis from their backyard up the mountain and skis down,”

“The home is simultaneously a base camp for adventure and a serene escape from the urban sprawl.”

Irregularly shaped in plan, the 3,800-square-foot (353-square-metre) house consists of volumes arranged around a central courtyard with a fire pit.

On the southeast, the building is partly embedded in the hillside. On the north, it connects to a pre-existing cabin. Atop the front portion of the house, a thin, shed roof is lifted up, making way for clerestories. Along the courtyard, daylight flows in through sliding doors and floor-to-ceiling glass.

“Glazing is limited at the exterior interface with the combustible surroundings and is maximised in the courtyard, where the light and screen of the pine forest safely connect with the interior,” the team said.

The layout offers a division between public and private areas.

A south-facing volume – envisioned as a pavilion – holds an open-concept kitchen, dining area and living room, while the northern end contains a media room, office and guest room. The home’s primary bedroom suite is found on the west.

Faulkner Architects was started in Truckee in 1998 by Gregory Faulkner. Other projects by the studio include a house that offers views of the Pacific Crest mountains in every room, and a holiday home in wine country that features an asymmetrical roof and facades wrapped in salvaged wood and weathering steel.

The photography is by Joe Fletcher. 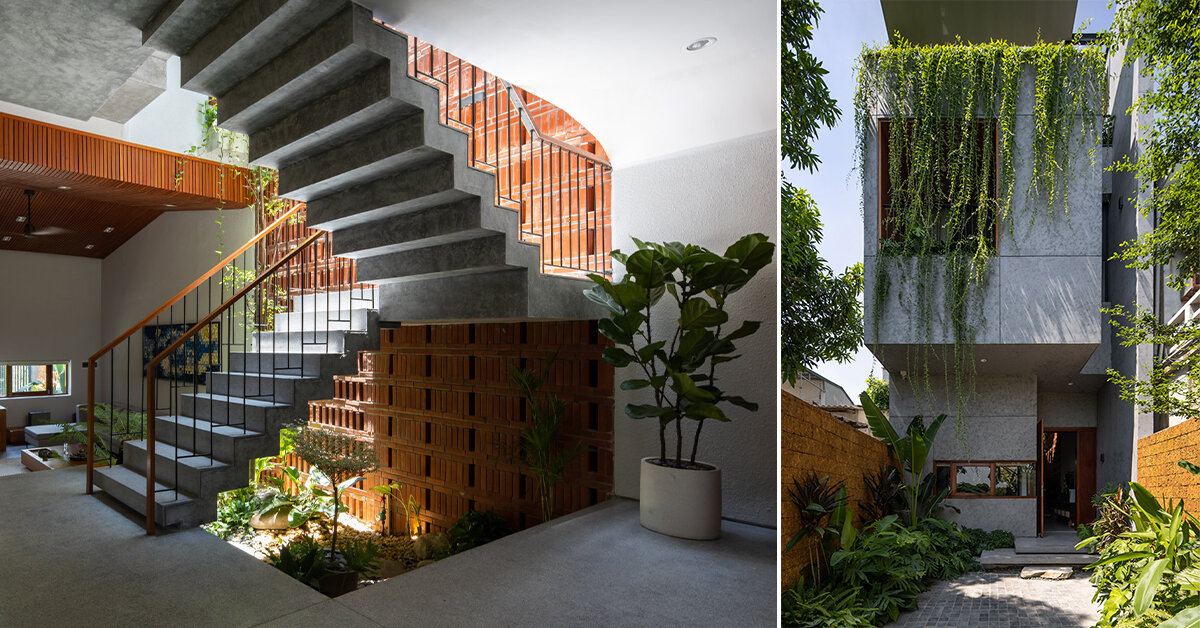